Glastonbury & Cheddar Gorge Full-day Guided Entrance included: Glastonbury Abbey
COVID-19 Update for August & September 2020 This tour is running as normal, but with social distancing & enhanced hygiene measures in place. Please remember to bring along a face covering for use on the coach & in shops. Thank you!

Adventure out of London into Somerset to areas full of history, legend & beautiful landscapes: Glastonbury & Cheddar Gorge. Glastonbury is most well-known for its annual music festival, but is also described by some as the 'quirkiest town in England' and attracts a lot of attention for its religious, pagan & mythical significance. We will visit the ruins of Glastonbury Abbey that was one of the many architectural victims to Henry VIII's dissolution of the monasteries in the 1500s, where the Holy Thorn that is said to have descended from the staff of Joseph of Arimathea flowers twice a year - at Easter & Christmas. Glastonbury Abbey also claims to be the burial place of the legendary King Arthur & Queen Guinevere. You will also get the chance to climb up Glastonbury Tor to St Michael's Tower, another site steeped in mystery that is associated with King Arthur, Celtic mythology & is even thought by some to be where the Holy Grail is buried, to see spectacular views across the Somerset plains. We also visit Cheddar, home of the Cheddar cheese & Cheddar Man - the oldest complete human skeleton found in Britain estimated at 9000yrs of age. You will get a chance to explore the town with its cheese shops & cafes, enter the underground caves where prehistoric man resided, and walk across the cliff edge overlooking the gorge. Entrance to Glastonbury Abbey is included. The entrance to Cheddar Caves is not included, but you are able to purchase entrance on the day if you would like to, subject to availability & opening times. 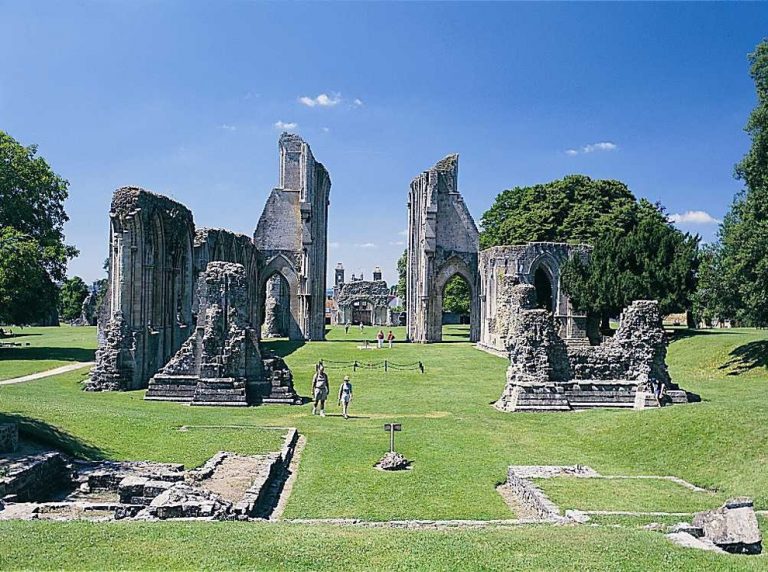 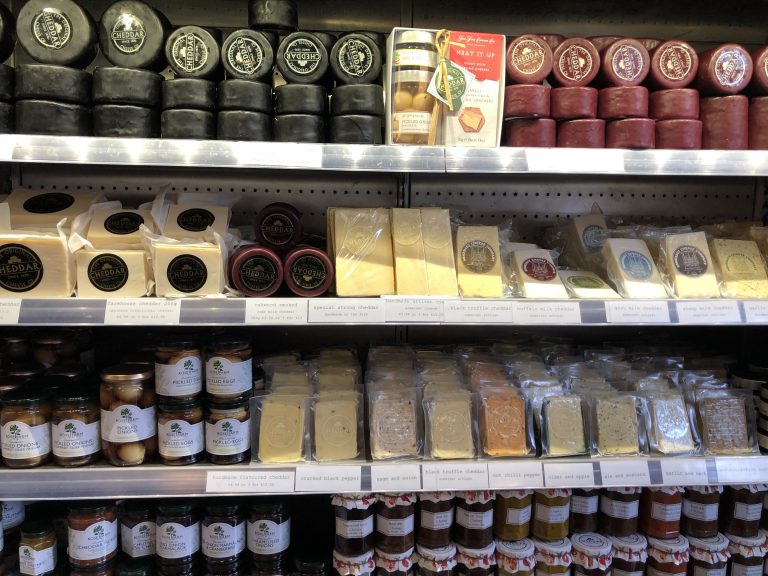 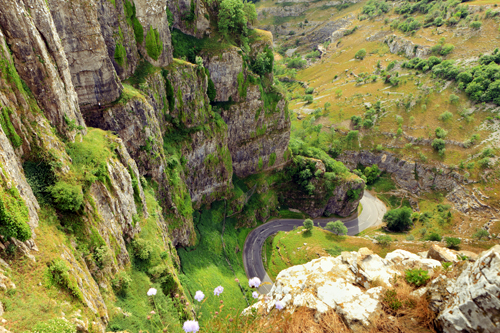 We will visit Glastonbury Abbey & Cheddar Gorge; you will also have the chance to visit Cheddar Caves & GLastonbury Tor.

07:30-08:30 - London Pick-ups
We offer a range of pick-up points located in central & west London, all of which are easy to reach by public transport. You can choose to meet us at whichever pick-up point is most convenient for you.
08:30-08:45 - Depart London
After our London pick-ups, we head west towards Somerset by coach. Our driver will make a comfort stop en route at a service station due to the length of the journey. Your tour guide will regale you with stories of Glastonbury’s past as we head towards the town.
11:15 - Arrive in Glastonbury
Our tour guide will walk you to the ruins of Glastonbury Abbey, where entrance is included. After having some free time to explore the ruins yourself, you will have more time to wander around the town independently or walk with your guide up to the top of Glastonbury Tor to see the sweeping views across the plains of Somerset.
14:15 - Depart Glastonbury
We leave Glastonbury & make our way to Cheddar.
14:45 - Arrive in Cheddar
Upon arrival in Cheddar, you will see the breathtaking Cheddar Gorge views. Your tour guide will help you to pay for admission to the caves if you would like to, point out the cheese & other shops to visit in the town, as well as show you the start of the Cliff Top Walk if you would like to do a little bit of hiking in beautiful surroundings.
17:00 - Depart Cheddar
We meet back at the coach to depart Cheddar & head back to London. Kindly note that all timings are approximate, so please pay close attention to your tour guide who will advise the meeting times on the day. Our driver will stop at a service station en route for your comfort.
20:30 - Arrive in London
This is the approximate time of arrival back in London, subject to traffic & other delays. Due to the length of this tour, the only drop-off point is Earls Court.
Glastonbury & Cheddar Gorge
Off-the-Beaten-Track Tour
From £75/child
BOOK NOW
BOOK NOW
Does this look like fun? Book tickets today!
Comments are closed.
We use cookies on our website to give you the most relevant & best possible experience. By clicking “Accept All”, you consent to the use of ALL the cookies. However, you may visit "Cookie Settings" to provide a controlled consent.
Cookie SettingsAccept All
Manage consent