A Royal Day Out

First we visit Hampton Court Palace, frequent home of the Tudor court of Henry VIII, pleasure palace & political hub. Situated on the River Thames a few miles west from central London, transport & entrance is included. Explore the majestic buildings and 60 acres of grounds including beautiful flower gardens, a hedge maze and the largest grape vine in the world. Next we head a little further outside of London to Windsor Castle, the weekend home of reigning monarch Queen Elizabeth II, where entrance is also included. You are free to explore all that the castle has to offer including the state apartments, Queen Mary's Dolls' House & St George's Chapel - where Prince Harry & Megan Markle got married. We include transport by luxury minibus or coach from London as well as entrance into Hampton Court Palace & Windsor Castle, which comes with audio guides in a range of languages (subject to availability by the venues). 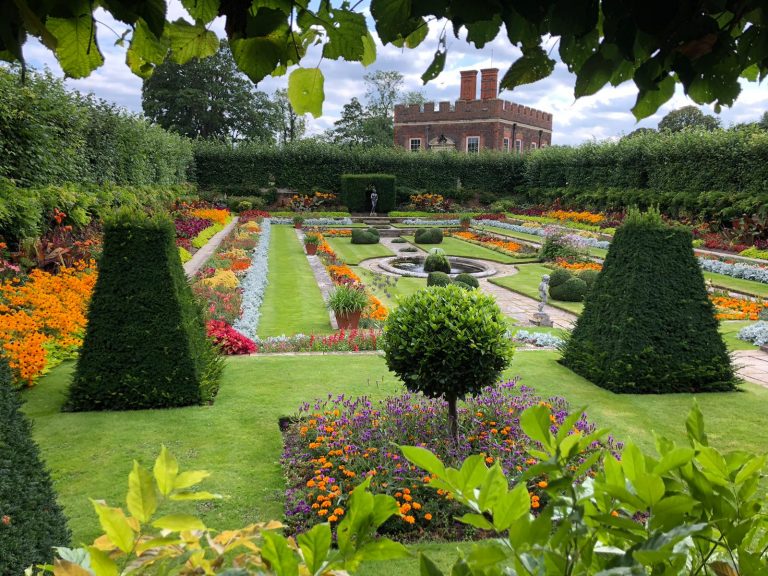 Discover both Windsor Castle and Hampton Court Palace, royal residences of kings and queens past & present.

Windsor Castle & Hampton Court Palace offer the option of free multimedia guides in a range of languages, subject to availability.

07:30-09:15 - London Pick-ups
We offer a range of pick-up points located in central & west London, all of which are easy to reach by public transport. You can choose to meet us at whichever pick-up point is most convenient for you.
09:30 - Depart Central London
After our central London pick-ups, we make the short journey to Hampton Court Palace, once home to the infamous Tudor king of many wives, Henry VIII.
10:00 - Arrive at Hampton Court Palace
Pick-up a free audio guide (provided by Hampton Court Palace subject to availability) and explore the vast palace buildings and grounds.
12:45-13:00 - Depart Hampton Court Palace
These itinerary timings are all approximate. Your tour guide will advise you of the exact meeting times on the day.
13:30 - Arrive at Windsor Castle
We arrive at Windsor Castle, where entrance & a free multimedia guide is included. Experience the grandeur of a working castle, one that has been in use for over 9 centuries, as you explore Windsor Castle and its surrounding buildings and grounds at your own pace.
17:00 - Depart Windsor
We usually depart Windsor Castle around closing time. Please note that all itinerary timings are approximate and may change based on seasonal opening times.
18:30 - Arrive in London
There will be 2-3 drop-offs in central London subject to traffic & other considerations on the day. Our driver or courier will advise the specific drop-off locations and will be happy to help with public transport advice if needed.
Windsor & Hampton Court
From £63/child
BOOK NOW
BOOK NOW
Does this look like fun? Book tickets today!
Comments are closed.
We use cookies on our website to give you the most relevant & best possible experience. By clicking “Accept All”, you consent to the use of ALL the cookies. However, you may visit "Cookie Settings" to provide a controlled consent.
Cookie SettingsAccept All
Manage consent