COVID-19 Update as of November 2020 This tour is currently operating in small groups with social distancing in place. We ask you to please wear face masks on the coach & in shops, cafes & other indoor venues. Kindly note that Stonehenge is no longer providing audio guides on site, so we suggest that you download the Stonehenge audio app in advance on your mobile phone and bring along headphones to plug into your phone on the day.

This tour will introduce you to some of the magnificent & mysterious prehistoric monuments that are part of the 'Stonehenge, Avebury & Associated Sites' designated UNESCO World Heritage site. This covers many famous monuments in the Wiltshire area of Britain made by Neolithic man, whose significance and uses are only partly understood. These sites are often assigned mystical or astronomical importance by pagans and modern druids & are treated as sacred sites by many. On this tour, we will visit the tiny village of Avebury with its stone circles situated just a short distance from its similar but more famous relative, Stonehenge. After a guided walking tour, you will have free time to explore the stone circles and village of Avebury, including the supposedly haunted Red Lion Pub. We will also see West Kennet Long Barrow, a large Neolithic burial tomb and over 5000 years old, and Silbury Hill, the tallest prehistoric man-made mound in Europe whose purpose is still shrouded in mystery. We will also visit the famous and well-preserved stone circle of Stonehenge, where entrance is included and audio guides provided by the site (subject to availability) allow you to walk around Stonehenge at your own pace. 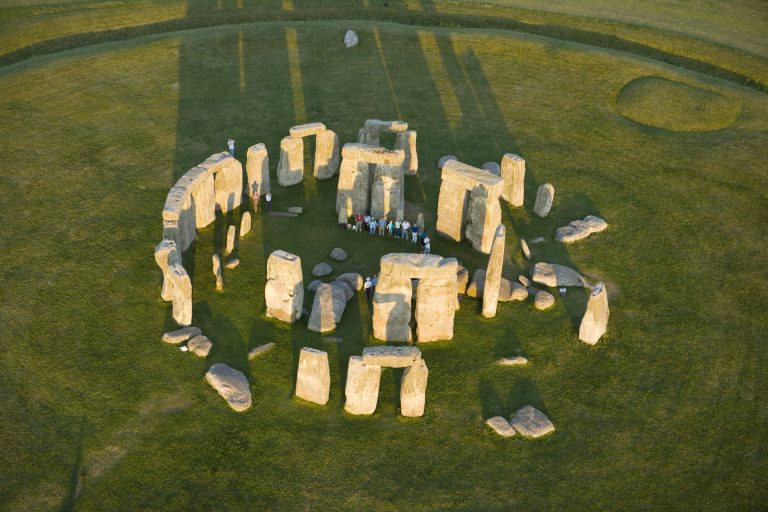 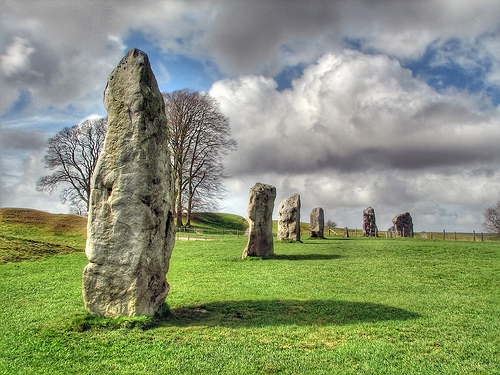 This tour includes a visit to the famous Neolithic stone circle of Stonehenge as well as the lesser-known stone circles at Avebury.

07:30-09:15 - London Pick-ups
We offer a range of pick-up points located in central & west London, all of which are easy to reach by public transport. You can choose to meet us at whichever pick-up point is most convenient for you.
09:15-09:30 - Depart London
After our London pick-ups, we head west to Wiltshire.
11:00 - Arrive at West Kennet Long Barrow
Here we will walk up the hillside to one of the largest Neolithic burial tombs in Britain that is over 5000 years old. Your tour guide will take you into the burial chambers and bring its fascinating history to life. From here you can also see Silbury Hill, the largest prehistoric, man-made mound in Europe that is a similar size to some Egyptian pyramids and whose purpose is still largely unknown.
11:45 - Depart West Kennet Long Barrow
This is the approximate time of departure, but your tour guide will advise you of precise timings on the day as these may change.
12:00 - Arrive at Avebury
We arrive at the medieval village of Avebury, which is ringed by the largest stone circle in the world and also includes 2 other stone circles inside the larger one. We’ll have a short walking tour, then you’ll have free time to explore the village – we recommend lunch at the infamous, haunted Red Lion Pub (lunch is not included in the cost of the tour).
13:30-14:00 - Depart Avebury
The time of departure from Avebury will vary slightly depending on the time of year.
14:30-15:00 - Arrive at Stonehenge
The Stonehenge entry time varies slightly depending on the time of year. Audio guides are included with your entrance, subject to availability by Stonehenge. You will have around 2hrs to explore this mysterious & awe-inspiring monument at your own pace.
16:30-17:00 - Depart Stonehenge
After around 2hrs in Stonehenge, we will meet back at the coach for our return journey to London.
18:30-19:00 - Arrive in London
There will be 2-3 drop-offs in central London subject to traffic & other considerations on the day. Our tour guide will advise the specific drop-off locations and will be happy to help with public transport advice if needed. Please note that there can be some traffic travelling back into central London & all itinerary times are approximate & subject to change.
Stonehenge & Avebury Small Group Tour
Neolithic & Pagan Highlights of Wiltshire
£109/adult
BOOK NOW
BOOK NOW
Does this look like fun? Book tickets today!
Comments are closed.
We use cookies on our website to give you the most relevant & best possible experience. By clicking “Accept All”, you consent to the use of ALL the cookies. However, you may visit "Cookie Settings" to provide a controlled consent.
Cookie SettingsAccept All
Manage consent